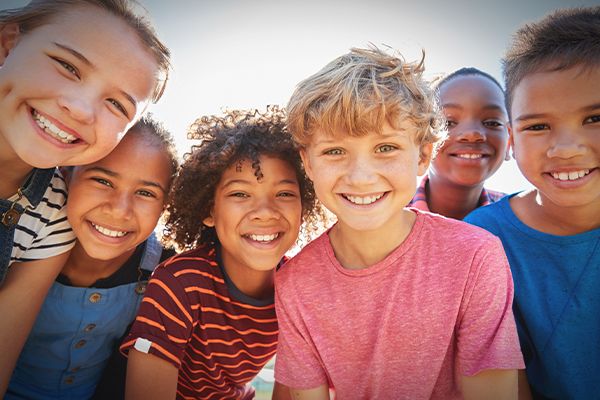 Millennials and the promotional industry

The effect of advertising on the millennial generation is greater than you think. Of course, you should know this already. Just think about all of the commercials you have seen over the years. You know many of them by heart. But if you needed any further proof that change has taken place in the millennial generation, here's a story that may change your thought process of target audience.

He Wanted the Biggest of All Bags

A very smart little boy of 8 years who was scheduled to go on a school trip to a well known show ground. While getting ready for the trip in the morning, he startled his parents by asking for the biggest possible school bag. His parents were bewildered by this request. Why would such a small boy want the biggest bag of all? What was he planning to do with it?

The parents attempted to reason with him. Surely it would quickly become too heavy for him to carry around all by himself. But the child insisted on having his way. He wanted the biggest possible bag that they had. He refused to even consider a smaller bag.

The Parents Learn a Lesson About Marketing

In the end, the parents decided to let him have his way. Surely, after spending a day carrying around a huge load inside the big heavy bag, he would learn the error of his ways. It was a lesson the parents hoped he wouldn't soon forget. Instead, of course, the day proved to be one that held a lesson for the parents.

It turns out young people aren't as naïve and inexperienced as we older folks think they are. When the eight year old child came home, his parents naturally expected him to be full of complaints about the heaviness of the bag.

The child explained. He simply said, "I knew there would be lots of promo giveaway products at the show. I wanted the biggest bag so I could get as many of them as possible!" And with this simple answer, the child laid bare a fact about our modern society. Promo merchandise is everywhere and it's by far the best way to market your business.

Expectations About Promotional Merchandise Are Higher Than Ever

The child came home from the show with a huge heaping bag full of promotional merchandise. And this speaks to a major change in the expectations that young people - and, by extension, people of all ages - have concerning promotional products. When you create them, people expect to have them. And the more you create, the more they will want.

Creating promo products for the millennial generation is thus a fact of modern advertising. And if you want to be on top of your game, you've got to make them accessible to your audience. The child in this story brought home a slew of them, thus giving instant advertising to several different companies at once.

Here is the lesson that companies ought to be taking to heart: Promotional merchandising creates instant exposure for your business and the items that you have to offer. Whether you offer them at a school fair or through an online marketing campaign, the more items you have to give away for free, the more exposure you will get.

This isn't the modern version of a "loss leader" campaign. These items were created in mass quantities for a very low price. They were given away to the public in a situation where a return on the initial investment was all but guaranteed.

The simple fact that you can create a potentially lucrative relationship with a future customer at such a young age proves that this is a marketing gimmick that works. But, of course, this is much more than a "gimmick." It's the new face of marketing and it's a series of tactics and techniques that you need to embrace.

Promotional Merchandising Campaigns are the Future of Online Marketing

The child who went to the show came away with a huge bag full of promo items. Even if the child didn't have a clue in the world as to what to do with them all, the companies that created these items got plenty of free and instant advertising for their trouble.

Meanwhile, the parents  appropriated some of these items for their own use. And when they did, they discovered a few new things that they really enjoyed having around the house. And this is why promotional marketing in this fashion is so effective.


The concept of promotional marketing for young people should not be overlooked. There is no hidden secret to this type of marketing. All you need is the right promotional items and a knowledge of who and where to offer them to.