Written by PromoMagic on 29 September 2015. Posted in Features

This next article is something I've been keeping close to my chest for a long time. The only reason I'm sharing it now is because it's not as effective as it was when I first came up with the idea.

A bit of History on Google Shopping

I have been using google shopping for a long time. From it's inception as "google base". Once I built a website that ranked amazingly for pratically everything on it. No1 and No2 for the industry "trophy terms" respectivly for over 6 months. It was fantastic, 60/70 enquiries a day. It was the reason we started building ProMart in the first place. In order to process those enquiries as fast as possible.

Well as a lot of you have probably experienced yourselves... Google changed their algorithm and poof! Enquiries slowed to a crawl.

3 Months passed before I managed to rebuild enquiries to their original level. I did this through google shopping. It brought in 750+ hits a day generating around 50 product enquiries.

Can you guess what happened next? Poof! Google starts charging for google base (now google shopping). Lets be honest we all know it was their plan from the start.

Fed up with the repeat investing in things to just to have them taken away it was decided to start paying for adwords using google shopping. By then the company was turning over a good profit in repeat business so it could be afforded. Utilising some loopholes and cunning trickery we had 120,000 products on Google shopping and paid around £0.07p a click for the feeds. It was in it's infancy and it was very cheap advertising.

However people cottoned on to the cheap advertising and some of the companies with thier own IT departments managed to get feeds online and got themselves in a position to compete. As you can imagine with adwords this drove up the costs.

So now we looked for a new edge. A way to rank products higher for long tail search terms and keep the cost per click low. The following explanation is how we did this. And is a feature of ProMart 2.0 today. I'll explain the 'Poof' moment after.

Following these rules we manually built a product feed in a spreadsheet to follow these URL specifications and added keywords throughout all the variations to meet all long term search phrases. The feed took me 3 days of hard graft to construct using spreadsheets. For a few months if you searched for "yellow pens" our website took up the first 3 pages of google shopping results! And we paid next to nothing for the clicks.

Now for the 'Poof!' moment

Google removed 'relevance' as their default search criteria. In my opinion this polluted the google shopping results. Sure our products no longer appeared at the top for our search terms. But now they were replaced with high paying irrelevant garbage. You searched "yellow pens" and you got returned random rubbish. Is is better now but it rendered our new feed less useful as we were replaced by 'whoever paid the most'.

All is not lost. Around 0.30p a click is still pretty good

Our new product feed offers you all the variations still. I'm sure the industry boffins that read this will now take the opportuntiy to make new feeds that expolit this feature. But ProMart 2.0 already has it built in and you need a really good set of data to make it work. I would hope that this article demonstrates our innovation and ability to adapt rather than give away secrets to non ProMart users.

Below is a sample of the feed variation for the best selling contour ballpen. Just so you can see how it looks. I've also added some screen shots of the functions now available in ProMart 2.0 and the product listings in Google shopping 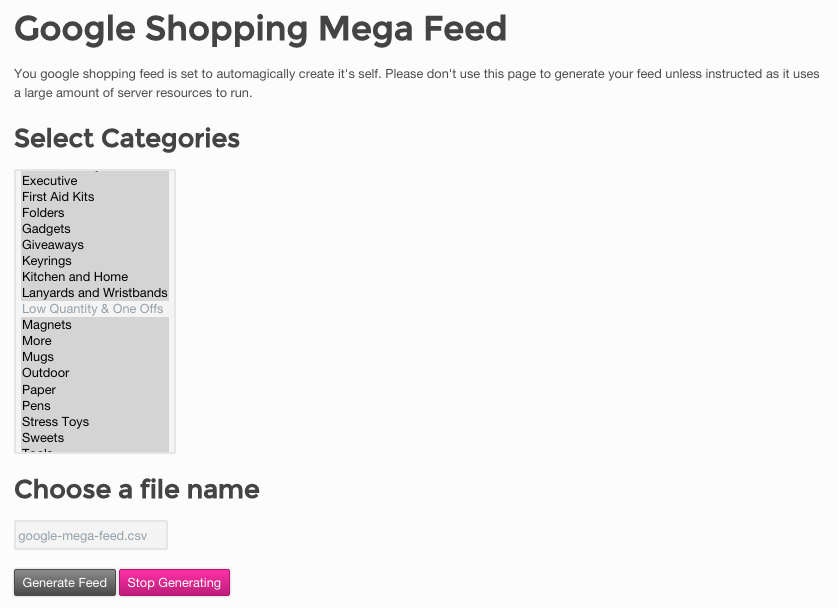 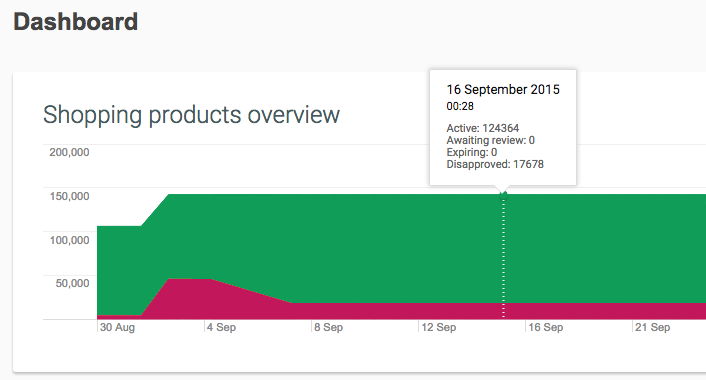